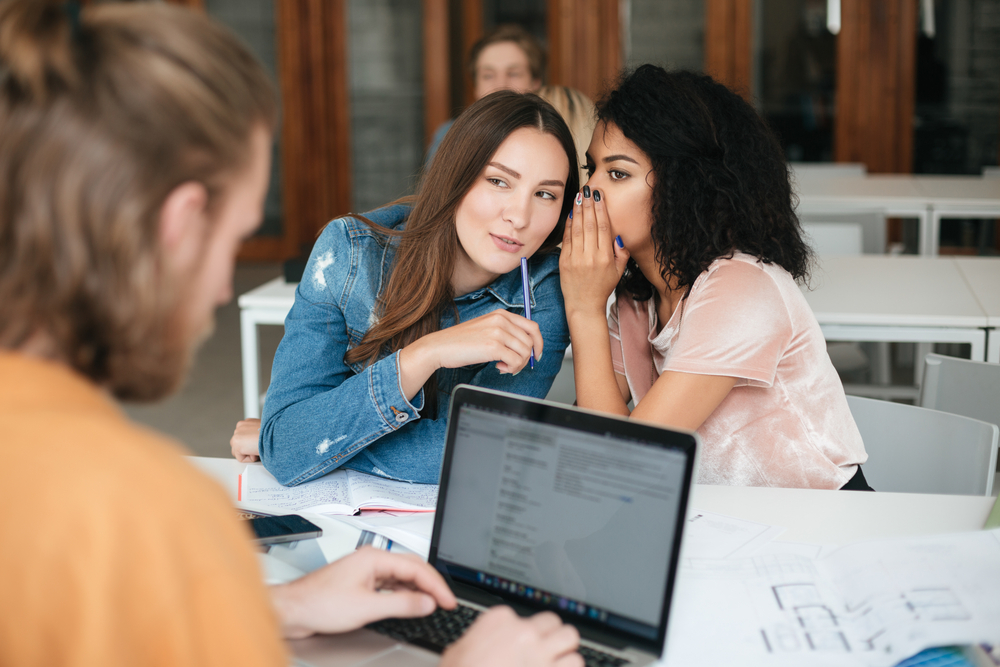 Effect Your Office Culture, Why and How You Should Say “No!” to Gossip

“Why do you look at the speck of sawdust in your brother’s eye and pay no attention to the plank in your own eye?” Good question, Matthew(7:3).

This is a question I have often asked, especially when I find myself in workplace environments. Well, not in exactly those words. Though I do ask what benefit it serves to gossip about someone or something. While there have been social experiments showing that people observing bad behavior, cheating, dishonesty in someone, do feel better when they let others know (this could be considered gossip), I would otherwise say a resounding majority of the time, there is none.

One of the biggest morale destroyers, productivity crushers is what the dictionary defines as unconstrained conversations, usually revolve around unconfirmed details.

One of the biggest morale destroyers, productivity crushers is what the dictionary defines as unconstrained conversations, usually revolve around unconfirmed details. In other words, unproductive thinking, gossip. Also known as small-minded, energy-draining thoughts. Does anyone really want to spend their time doing this? I recently read a Harvard Business Review article that noted nearly fifteen percent of all work email can be categorized as gossip. While to some that may not seem like a large percentage, it is an insidious percentage because by its very nature, being unsubstantiated information, gossip can breed doubt and uncertainty throughout an organization.

When you find yourself amongst gossipmongers, lead by example.

Most importantly, do not engage in gossip yourself.

Doing these five things will make people around you feel valued, appreciated, and trusted.

Another strategy is to try thinking about who you want to channel in life? Who is your role model? Before you open your mouth to talk, imagine what they would say, how they would react. Not to get too lofty, however…if you are channeling someone like Jesus, Gandhi, Martin Luther King, I think you likely already know the answer in any given situation.

Closing suggestion. If you want to change in your office, be the change. Just say “no” to office gossip, and “yes” to kind words.