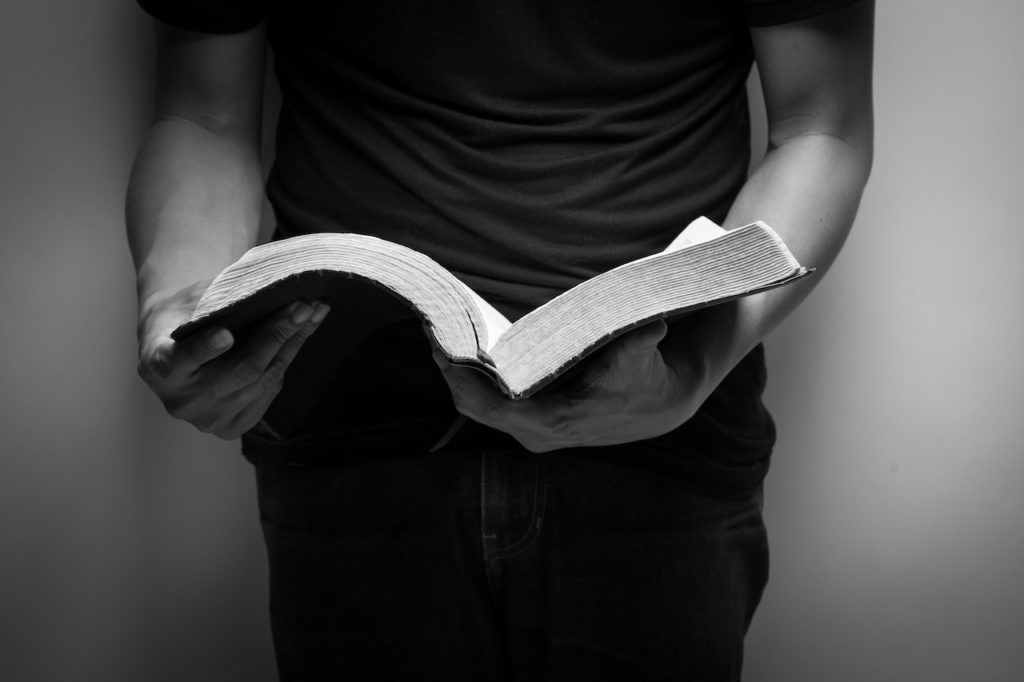 God Smuggler: Your Next Job?

Interview with Dr. David Curry, the President & CEO of Open Doors USA, which is a nonprofit group of Christians that help people who are being persecuted. He is one of God’s smugglers.

Have you ever met a Bible Smuggler? Me either until I recently sat down over drinks with Dr. David Curry, aka the President and CEO of Open Doors USA, which is a nonprofit group of Christians that help people who are being persecuted. He is one of God’s smugglers. For sixty years plus, his organization has come to the aid of persecuted Christians, especially women, bringing them Bibles and training, rebuilding churches and communities. To shine a light on the magnitude of this current situation, one in nine Christians worldwide are subjected to high levels of persecution.

So, their ministry calling is critical, and was ignited by a rogue follower of Jesus, a Dutchman named, Brother Andrew, when he started smuggling Bibles into Eastern Europe in 1955. Today, Open Doors “covertly” operates in over sixty countries. The top five regions on their Watch List are North Korea (for the last eighteen years), Afghanistan, Somalia, Libya, and Pakistan.

Maria: Let us get a snapshot of you and your team at Open Doors.

David: I am a promoter, advocate, fundraiser and public speaker on behalf of people around the world who are persecuted for their faith. I use the analogy of a Dutch windmill because the founder of Open Doors is from the Netherlands, Brother Andrew. A windmill turns and pumps water out. I tell people that we are the windmill. When the wind blows, when persecution happens, we are set into motion so that some good can come out of this persecution. We want to be the actual way that God blesses things in very difficult circumstances. They blow up a church in Indonesia, we build more. So that at the end of the day what was meant to be bad turns out to improve the cause of Christ.

Maria: How did you get involved?

David: I read the book about Brother Andrew, called the Bible Smuggler when I was a teenager and young in my faith and was fascinated by it, so I was familiar with his work. I also overtime worked in South America, in Peru, and in some places that had Shining Path activity, which was a Maoist terrorist group in the 80s and 90s. I had been in pastoral ministry and had experienced some pressure from the Shining Path, though I was not personally persecuted. Then, six years ago Open Doors was doing an executive search. At the time, I was running a large rescue mission in the northwest, and I said to my brother, “you know, I feel like God is telling me to do something different, maybe something international that would be an interesting challenge.”

We know that we’ll get in. We don’t know if we’ll get out.

He told me that Open Doors was looking for a chief executive. I said, “that’s it!” I knew that was what I wanted to do—smuggling for God! I’m not a rule follower. It was pushing all the buttons. I knew the Bible Smuggler was a powerful story and wanted to get involved with Brother Andrew’s work. The benefit of raising awareness and money is that you can do more stuff, help more people. Persecution statistically is rising. That is what we see in our research, and it is really frustrating that these people can’t respond and we want to help.

Maria: Tell me about the founder of Open Doors, Brother Andrew.

David: As you read his story in the Bible Smuggler, you see that he is a total contrarian. His background is Special Forces. He has a military mindset and the temperament and personality that if you tell him one thing, he will very seriously consider the other thing, the alternative. His rogue personality did not fit well into a staid church environment, reformed, or anything else. God has used that. In the critical areas where He works, Andrew is doing what nobody else is going to do. He is so in love with the Bible. Bibles were his entree. He always carries one with him, always asking people, “have you read your book today?”

He is a very strong cup of tea, contrary to typical Christian thought. He never did the safe thing. He always did the hard thing. Early on, he felt there were two worlds. This world, and then there is the one behind the Iron Curtain. The other world of North Korea, the Soviet Union, the Muslims. And that the work was not talking to preachers. It’s talking to criminals. It’s not talking to saints. It’s talking to sinners. That is Andrew. He realized no one was speaking to that other world and took steps open that door.

Maria: When we initially met, the first thing you said was that you are a Bible Smuggler.

David: Yeah, that is what we do (laughs.) It is a small percentage of what we do. The physical smuggling of Bibles is about twenty percent, but it gives people a picture of what we do.

Maria: How do you get Bibles into the country?

David: We use covert methods to provide literature and training to people in areas where it is illegal, dangerous, or difficult to talk about Jesus and to have a Bible. Places like North Korea and Brunei, exceptionally dangerous. It is illegal to have a Bible. You will be put into a labor camp, maybe for the rest of your life or killed. So having a Bible is a dangerous cost that you have to weigh to own, to be associated with that Bible. You also have to count the cost to take it in, those folks who are in there are isolated. We smuggle training material. We spring people from prison who are part of the network. We covertly do whatever we can to help the industry grow. The industry is lifting up the name of Jesus.

Maria: Not only is it dangerous to be a Christian in certain parts of the world, it is also dangerous for those of you helping these people. What are some of the dangers you face as a Bible Smuggler?

David: We do lose people, get kidnapped, subjected to intimidation tactics, but there are a lot of stories about victories too.

Maria: What is Open Doors’ Watch List and how do you use it?

David: It is a measurement of the most difficult places to be a Christian. We use it to determine where we are going to work. Where we are going to spend our limited resources? We want to work where the church is threated, isolated, and it is dangerous and hard to supply. We are the covert distribution network, so to speak.

Maria: What is important for people to know about Christian persecution that they may not know?

David: First of all, people need to know that it exists. It is not an episode. It happens all over the place. Second is that these Christians, even though they are not Evangelical, Western, they might be Orthodox, these people love Jesus. They have joy, and they are super courageous. I went into a church in Kenya, where they can only be open ninety-minutes a week when they can have military guards there, that is how dangerous it is, and they were singing so loud! Where is the fear!? They love Jesus so much, they don’t e-v-e-n care. The picture I wish people knew is what depth the persecution gives these people who count the cost to stick with their faith and the joy they have.

Maria: What are the core values that motivate your team?

David: We’re motivated for the glory of God. Persecuted church driven. We want a strong following in the name of Jesus. We want people to have the ability to read about Jesus, to talk about Jesus, to decide for themselves if Jesus was who he said he was, and for the Christian church to thrive and survive. We don’t start churches. We go to the church that exists and ask, what do you need? We are people to people, even though this is not good English. We don’t airlift things. Instead, we are going to take it to you. We have to go be with people whether it is in Pakistan, Afghanistan, North Korea, we are going to be there physically.

Maria: Why is this your mission?

I knew that was what I wanted to do—smuggling for God!

We’re fighting for something, justice in a sense, keeping stories alive in the media. I love sticking it to dictators and oppressors in Washington and at the UN. There’s a rogue, subversive part of me that loves when some government sees something I said that irritates them (big smile.) I feel my role is to stand up for people who cannot stand up for themselves in this particular niche. They are poor, they are minority, and they have no political clout, and I can make a way for them.

Maria: To sum up Brother Andrew’s legacy, what would that be?

David: He represents the courage to go stand with people in the darkest areas. He would just go, would rather get killed. He has a saying, “God has called me to go in. I don’t know if he is going to let me get out.” That is where we start. We know that we’ll get in. We don’t know if we’ll get out (throws his hand in the air.) We don’t try to control all the elements. We just ask how can we get in?

Maria: How can people help or get involved with Open Doors USA?

David: We want people to pray for these people. We have an app that is just prayer and only tells you when something dramatic has happened. It is not every day. It is when someone is kidnapped; here’s what happened, a church has been burnt down. It is not to depress people, but to connect them to the body of Christ, regardless of which church you belong to — put all that aside. This a uniting thing, a universal call.

If you feel inspired, you know what to do. Download the Open Doors prayer app, click here. You can also find out more about Brother Andrew or donate at opendoorsusa.org.