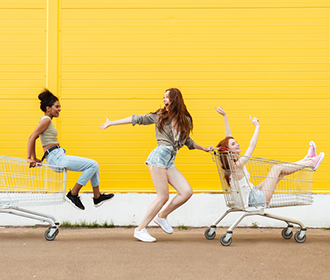 How Do You Express Your Gratitude? It Matters.

“Thank you” is the best prayer that anyone could say. I say that one a lot. Thank you expresses extreme gratitude, humility, understanding,” Novelist Alice Walker.

While true, have you ever considered how you express your gratitude? Whether it is in a way that resonates with the receiver of your thanks?

I started reflecting on this after having a conversation with a friend who complained that her husband kept giving her marcasite jewelry. She had everything imaginable, rings, earrings, necklaces, brooches, in spades. At first, she appreciated the gifts, knowing they were from the heart. However truthfully, she was not a fan of marcasite. Her husband was, and my friend eventually came to resent receiving gifts that he wanted to give rather than ones she wanted to receive.

She would have preferred the gift of him giving away the clothes he no longer wore to free up their shared closet space. Her frustration spotlighted that while the husband’s gifts were meant as a show of love and appreciation, they were flatlining because they were not in the language of gratitude that was meaningful to his wife.

This conversation reminded me of bestselling author Dr. Gary Chapman’s “The 5 Languages of Love.” It got me thinking that these same languages could be applied to the expression of gratitude as well.

Expressing gratitude by giving a gift can be even more thoughtful when they are ones that the receiver genuinely wants. You can ask someone what they want, or you can observe what is meaningful for them. Say they care about saving our national forests. Maybe planting a tree in their name will mean more than sending a bouquet of flowers to them.

Often, people just want to hear that their efforts are appreciated. You may make your executive assistant’s day by saying “thank you” for keeping you organized. A frequently cited reason for leaving a job is feeling underappreciated, which can be so simply alleviated by verbally recognizing someone’s contribution.

To others, actions speak louder than words. If you know that cleaning up your part of a closet will make your spouse feel happy, then just do it. You may even find it brings you closer together because you are showing that you care enough to do something they will in turn appreciate.

Many times the only thing people want is your attention, to listen, to be with them. No looking at your cell phone. No taking calls while you are together. No television playing in the background. Just you, singular, focused on them. This is true in any kind of relationship you can think of, from personal to professional.

Maybe a gentle, affectionate touching of a hand, an arm around the shoulder, a hug, kiss on the forehead is precisely what is wanted.

As you think about the coming year, consider setting the intention to express gratitude to those around you in the language that is most meaningful to them.