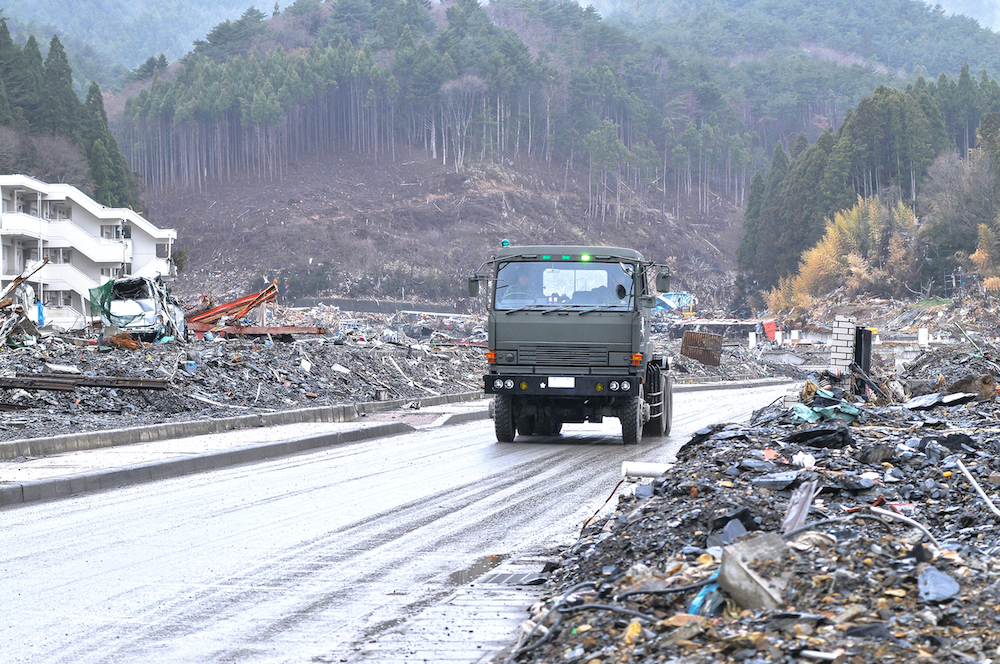 How Even You Can Help Those Affected by Natural Disasters

Published on June 1, 2019 On Uncategorized

The calling of one man to help rebuild lives by building one home at a time after a natural disaster has hit. An interview with MircoAid founder, Jon Ross.

My friend, Jon Ross, is one of the few people I know that I can honestly say earns heaven points every time he goes to work. He is not a pastor. He is not a doctor. He is a carpenter, and the founder of MicroAid, a US-based nonprofit that builds permanent homes for survivors of natural disasters after the world’s attention has moved onto the next newsflash. When the UN, the Red Cross and other like organizations leave, Jon and MicroAid come in to help people rebuild their homes, and in some part, heal their lives.

There are no strings attached to the work that Jon does. He comes into people’s lives to help raise the rubble simply because he feels that is his calling, and frankly because he likes the adventure. When Jon initially was looking at disaster relief, he was seeing that very few organizations were really sticking around after responding to the emergency, coming in for the long haul. Jon rebuilds permanent homes and stays until his work is done. He told me why.

Just because you can’t help everyone, doesn’t mean you shouldn’t help anyone.

“It’s expensive. It takes a long time to do it, it’s hard to get money for it and it’s not that glamorous. My sites do not look like disaster sites. They look like construction sites. It’s not sexy. It struck me, and I said ‘I want to help some people get back into a permanent house.’ I saw there was this need and it fit into what I like to do, which is travel, help people and build houses. It just feels like the right thing to do.”

Last year, Jon took off to Paraguay, after the annual flooding of the low lying barrios in its capital city forced hundreds of thousands of people to seek makeshift shacks on higher ground. There he helped one family build a new home.

In 2015, after an earthquake devasted Kathmandu and much of its surrounding area, Jon built one new home and repaired two others. Two years earlier, he responded to Super Typhoon Haiyan in the Philippines, where he built four homes for two families. Jon has similar projects in Myanmar, Peru, Samoa and Sri Lanka—all of them still ongoing. So, when Jon shows up to offer a hammer, expect him to stay and become part of your family.

As a longtime meditator and student of primarily Eastern philosophies, Jon sees his work as part of his spiritual quest in understanding why we are here. A big part of the why, and what is most fulfilling to him, is service.

Gifting a house in Paraguay. Image courtesy of Jon Ross. Used By Permission.

“It is what I have found to be personally true through experience. I have a theory that we are given these bodies as a test to see how much good we can do with these hands, this mind. I do not question it. It is where faith comes in. I just do it. I do what feels like I am being directed to do, whatever I am supposed to be doing, and I trust that feeling.”

Actually, Jon is more than a carpenter. He has a degree in Urban Studies and Economics from Columbia University. Has been trained in disaster response by the Red Cross, and learned his construction skills through work with Habitat for Humanity. So, he knows what he is doing. Though, what I find impressive, and why I think Jon is earning heaven points, is that despite several donor inquiries and critical on-lookers asking why he does not scale up construction production, he replies that he does not want to do it.

Building in the Philippines. Image courtesy of Jon Ross. Used By Permission.

And what Jon is doing is helping families multi-generationally. Before a home is built, he accesses a family’s age spread to see the multi-use that permanent shelter will provide. He looks to help people both in the moment as well as for years to come.

So, what lies ahead for Jon’s work?

“MicroAid has a direction that could bring us up to four or five projects every year. That’s my plan, and then I think I am going to die. (smiles) I don’t know how long it will take me to do this, but I think I will expire. (laughs) Then, that will be that.”

The big message here is that just because a disaster is no longer in the news, does not mean that people no longer need help, nor that everyone has gotten help. “The reality is that very few people have gotten help.” Jon plans to help build homes for as long as he can. He also has a universal secret to impart, “by helping others, you really benefit the most, and everyone can do it.”

So, to those of you who think you cannot make a difference because a natural disaster is so huge and daunting to take on, that your impact will be small and insignificant. Think again.

As Jon philosophically says, “Just because you can’t help everyone, doesn’t mean you shouldn’t help anyone.”