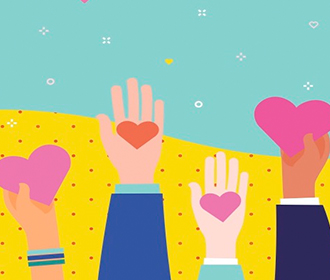 Why Paying Your Blessings Forward Should Top Your Holiday List

In my years of researching Happiness, I have heard many stories and reasons for encouraging the Practice of Generosity. None, for me, has been more poignant than the one I recently heard from a ninety-one-year-old parishioner at my church, named Ted.

While I do not know Ted’s net worth, let us just say over the years he has been prosperous enough to be able to contribute four million dollars towards building our community’s spiritual home. His story to me began when he was recounting how he had been trying to encourage another wealthy parishioner and close friend to contribute more to the church because he could well afford it. However, the friend did not share the same view. Ted just could not understand his position, even when his friend reasoned that he was holding onto his money for his kids.

Then, Ted digressed into a story about being a kid and saving his four-cent bus ticket by running a mile to school (and beating the bus, regardless of sun, rain or snow!), what those small yet significant savings afforded and taught him. It led him to appreciate what he had, instilling his faith that a higher source would provide for him. Because of this experience, Ted feels the importance of ‘paying it forward.’ Why? Simply, he feels blessed.

That feeling of being blessed is the motivator behind his generosity. So, saving that four-cent bus ticket over the years became a four-million-dollar donation, paying his blessings forward, to the source that he believes has given him so much. In religious traditions, this is tithing, which by definition is to give ten percent of your income or produce to the church.

Maybe the real question is what are we sacrificing by not giving, contributing where and what we can.

However, whether you are religious or not, I think there is something worthy for anyone when freely gives from the heart, be it money or time. What tithing, paying your blessings forward, does is teaches you the discipline of living within your means—especially if the tithe is felt economically at home. It inspires the confidence that you will have provisions for now and in the future. Though I think the most important reason to pay your blessings forward is that it is an expression of gratitude, and that just feels good. When you feel good, you do good.

It is emotionally, spiritually uplifting to donate or volunteer at your church, to a cause you care about, to people you love. You learn to live and relate to those around you unselfishly, helping you to be a better all-around human.

I share Ted’s story with you because as we get into the holidays, we tend to think about what we have. Do not have. What we want to give. What we think we cannot give due to circumstance. What presents do we want to receive? What gifts can we afford to give? Maybe the real question is what are we sacrificing by not giving, contributing where and what we can.

The invitation this holiday is to be a cheerful giver.